All of these films have disappeared, yet they are the beginning of the young Storck’s vocation.

Storck’s father advised a friend of his, an unlucky businessman, to transform a location with no hope of sales or profits, into a cinema with an Egyptian decor, complete with pyramids, sphinx and camels. Henri regularly played the role of assistant to the projectionist who worked in a sheet metal cabin that was stiflingly hot and as dangerous as an armed grenade.

Already art and risk were combined, not to mention sport: to reach the cabin one had to clamber over the roof. More calmly, but just as boldly, Storck founded a film club that immediately discovered the avant-garde, from René Clair to Eisenstein. It attracted over a thousand members and spectators, an unprecedented cultural tidal wave in a seaside resort which, while brilliant and royal, was more given to artists and beautiful people than to youngsters excited by risky artistic pursuits, closer to the circus than the academy. This enterprising and far-sighted young man was given a camera and it was this that transformed him into a filmmaker. He filmed everything he could see, and which unfortunately we will not – his city Ostend; impressionistic images that have been lost. 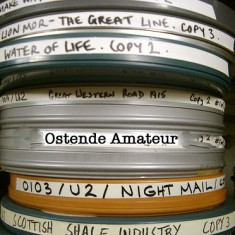