In addition to being a composer of famous songs, a writer, a tightrope walker and humorist, David McNeil also made absurdly comic films. In the case of Bernadette Soubirou, he went as far as casting Henri Storck in the role of God the Father.

David McNeil was born in New York in 1946, the son of Marc Chagall and Edith Virginia Haggard.

Three years later, on the advice of Pierre and Henri Matisse, the family settled in the south of France.

In Brussels he studied stage acting with Claude Etienne and learned the guitar, writing several songs.

At the same time, he experimented with moving images, using a 16mm camera bequeathed to him by Leirens and the resources afforded by his pocket money. At the age of 19 he started work on his first proper short film: The Puma Likes Minced Meat, a parody of Claude Chabrol’s The Tiger Likes Fresh Meat, which is now lost.

On the set of Thursday We Shall Sing Like Sunday, which Luc De Heusch was shooting in Liège, he became friends with leading man Bernard Fresson, who invited him to Paris. There he met Roger Van Hool, who found him a role in Etienne Perrier’s Boys and Girls (1967). Thanks to the fee he received, and with the help of Paul Haesaerts, he was able to shoot Week-end, which was subsequently screened at the Experimental Film Festival in Knokke-le-Zoute and went on to win the British Film Institute’s award for the best short film of 1967.

Perrier’s film also opened the way for an acting career. Although David quickly abandoned this in favour of directing, it gave him a solid grounding in working with actors.

After bringing out two singles in Belgium, he was hired by Henri Storck (his mother’s new partner) as assistant and then as second unit director on High Days and Holidays in Belgium, where he learned documentary technique. Meanwhile, he participated in staging the epic musical Zigger-Zagger, for which he co-wrote the score, at the Belgian National Theatre. He was also commissioned to make a feature film, Overdrive (1971), which he later disowned when the production company gave it a pornographic twist.

After makingWhat Happened to Eva Braun, shot with the support of the Belgian Ministry of Culture, he attempted to produce a feature film, Beautiful soup. The production company Timber Films was set up for the purpose, but some of its unscrupulous and, it turned out, incompetent controlling shareholders took advantage of it to produce another film, Après le vent des sables. This was too inept to be released, but it ruined Timber Films and ended David’s film-making dreams. Frustrated, he took refuge in France and the consolation of a parallel career as a singer-songwriter. Before doing so, he thumbed his nose at the third-rate feature by using left-over footage to make a short, demonstrating that with limited means and some imagination you can make good, successful films: The Adventures of Bernadette Soubirou would be chosen by Claude Lelouch to accompany the release of his feature film L‘Aventure c’est l’aventure. The French director discovered the film through Jean Servais, who attached it to a programme of his own short films, shown in a Saint Germain-des-prés cinema around 1975.

Working as a singer-songwriter consumed increasing amounts of David’s time (eight albums, two Grand Prix du Disque from the Académie Charles Cros, a gold medal from the SACEM), and he resisted the desire to begin filming again.

In the meantime, he became a successful writer for numerous performers, including Julien Clerc, Alain Souchon and Yves Montand.

Several tentative productions involving his friends Daniel Toscan du Plantier and, in particular, Claude Berri remained unrealised, interrupted by the death of one and the illness and then death of the other.

Receiving the grand prize in French song writing from the Académie Française represented the pinnacle of David’s musical career, so in 2012 he decided to reconnect with the cinema. While awaiting the chance to rework and produce, finally, Beautiful Soup, he is writing the script for a feature film,Road Movie, to be made in the Ardennes. This more modest film will allow him to resume a profession which he abandoned only unwillingly.

Meanwhile, David has written some fifteen children’s books, published by Harlin Quist, as well eight novels and memoirs which have appeared in Gallimard’s Blanche imprint. 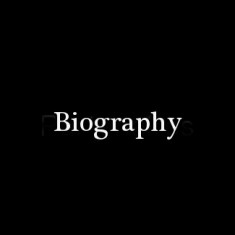