Here we see geographical Flanders, the one on postcards with windmills, canals and belfries.

Then there’s historical Flanders with the convents, the battle of the Golden Spurs and the procession of the Holy Blood in Bruges. Finally, there is the Flanders scarred by the war; Ypres, Dixmude, the cemeteries of those massacred in the trenches, which serve as the pretext to air an antimilitaristic and pacifist message that went unheard since the film was made in 1938.
The commentary is at once touristy and idealistic. 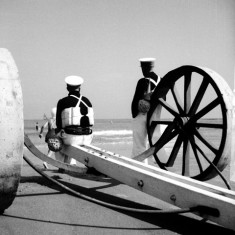