A feature film whose scenario was inspired by a story from the Flemish author Herman Teirlinck.

Villagers accuse a mysterious vagabond of casting spells, and little by little he becomes the sorcerer they suspect him of being. A miller takes down the story of his tragic life, with several scenes inspired by local folklore. 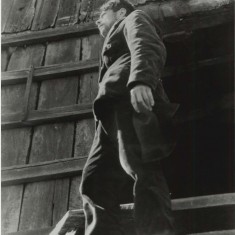