A short fiction film to warn of the dangers of tuberculosis and the necessity of having it treated as soon as the symptoms appear.

A good linotype worker cannot shake off a bad cough and a slight fever. Despite the warnings from his wife, he refuses to get treatment (family scene around a pan of soup). A work mate forces him to get treatment. A good doctor, a good social assistant, a good sanatorium, a good summer camp for his daughter and the villainous germ is defeated. It was time to come, but not too late says the white-coated doctor. This little story is a pretext to provide information and the dialogues are purely for demonstrative and educational purposes. There remains an old-fashioned charm in the paternalism and the memory of an illness that decimated several generations. Effective and naïve, without pretensions, this film is a document of popular education.

Film commissioned by the National league for protection against tuberculosis. 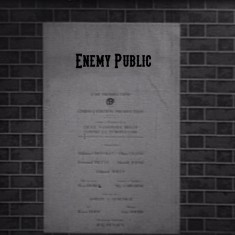