It was on the initiative of Félix Labisse that Henri Storck was charged with this commission.

The idea was to make a film of stock shots on the theme of energy and stage this argument through the life of a family carrying on their normal lives: shaving, ironing, hoovering, using a hammer-drill, etc. In Turin, on four screens in the form of a cross, there was five minutes of synchronous montage of these images that played on shape, movement and aesthetic effects.

Commissioned film : European Economic Community, for the International Exhibition on Work in Turin, projection on four screens in the shape of a cross. 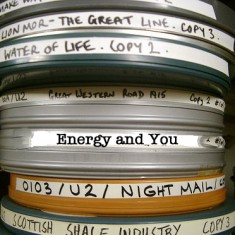