Yet Lethem understands that the discrepancy between conception and execution, between the film he would like to have made and the one he is forced to make outside the commercial system, can be overcome by a conscious bathos.The idea which the film ‘converts’ into images is so extreme, convulsive and disturbing that the satirical treatment almost work. 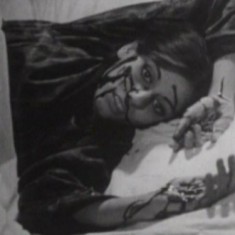