It is a film about the special joys of being an Ostender. Ostend by day and by night, Ostend festivities and beaches, Ostend sports and games.

The charming thing about this catalogue of seaside resort leisure activities is the conviction of the filmmaker, the sensuality of the images and the spirit of pleasure that defines all the shots. The opening sequence, one summer afternoon on the beach, is a masterpiece of observation and editing.
This film is a montage composed of extracts of 35 reports filmed in 1930 by Henri Storck as official cinégraphiste of the city of Ostend.

Ostende, reine des plages is an extremely modern documentary film destined to be shown in the main cities of Europe with a view to attracting foreigners to the Belgian coast… We were able to note in person that the form of the concept is well designed… The Kursaal was filmed inside and out; it’s a pity that the interiors have not come out very well.

An unusual screening took place in Ostend twenty years ago. Although it took place in the morning at a time when many inhabitants of Ostend are normally watching the brass band on the Place d’armes or are at mass, everybody who was anybody in Ostend was there. They came to see Ostend as it was before it was demolished… Ostend intact… Ostend complete… Such emotion to see it on Mr. Storck’s film… But enough self-pity. The best evocation of memory on the screen was in the natural things that remain, that no one has managed to take away. The admirable study of spray effected by the camera. The swell of the sea. The beaches. 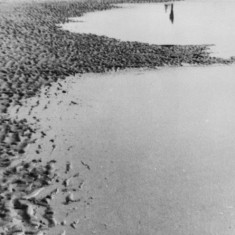